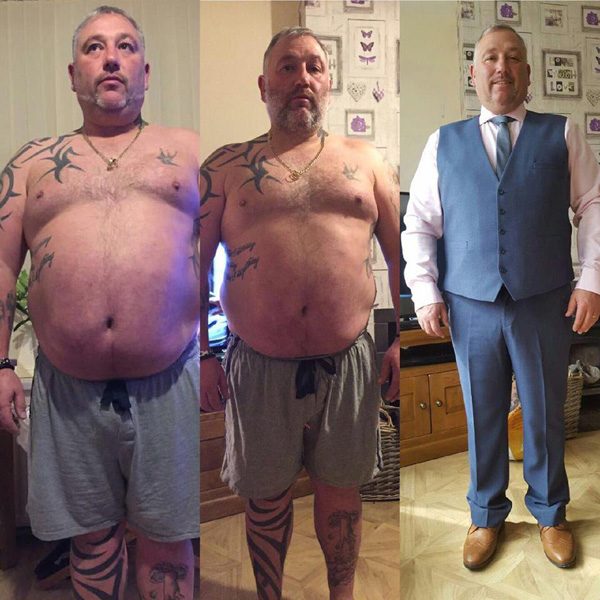 Just to give you an idea of the speed Barry has lost his two stone and transformed himself, the first photo (on the left) was taken in December 2016; the second was in February 2017 and the third was taken in May of 2017.

Barry has been training intensely these last few months as he entered himself into a UWCB boxing match and hasn’t looked back since.

He has been training four to six times a week and has been doing a variety of cardio, circuit training, shadow boxing and bag work all with the goal of entering this boxing match. You will be happy to know he smashed his event and won all three rounds!

This incredible transformation has seen Barry go from a 3XL shirt to an XL shirt and from a 40″ waist size to a 36″; all in just five months.

So we hope you can join us in congratulating Barry. As a reward, he won member of the month for April 2017 AND a free month of membership because of it. He also has the incredible transformation Barry has undergone and of course his win at the UWCB boxing event.

So from everyone here at Diana’s, “Keep it up Barry, don’t stop now; we are incredibly proud of your achievements so far and let’s see what the next five months bring.”