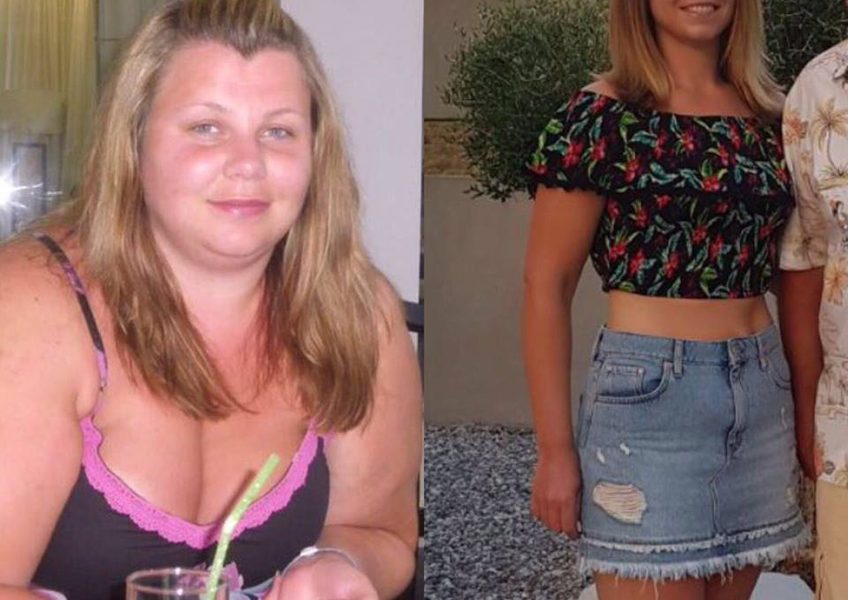 Carrie has undergone this incredible transformation in just three short years and her journey is astounding. Three years ago, Carrie decided to make a change and dedicated herself to stick to it. She started losing weight by joining weight loss programs such as Weight Watchers and Slimming World and in two years sticking to her meal plans she managed to lose an amazing four stone.

It was in 2016 when she decided to start coming to Diana’s Gym and she hasn’t looked back since.

Carrie started doing HIIT for a month before she became a member, using Diana’s on a pay per class basis and it was in June 2016 she decided to dedicate herself fully and join up. We are so happy that she did!

Now a full member, Carrie kept on doing HIIT twice a week but started to get more involved with other classes such as Spin which she also did twice a week.

Now well into the swing of things Carrie started to do Personal Training sessions with Miri once a week on top of all the other classes and she has told us to say she cannot thank him enough.

Carrie is adamant that she puts her recent weight-loss and motivation because of Miri keeping her in check, not letting her down and being there for her at all times when she needed him, so big up yourself Miri!

Since Carrie joined us, we have seen her lose another four stone in just one year. That is a total loss of eight stone and we’ve seen her go from a dress size 20 to a dress size 10; we honestly couldn’t be more proud of her…

So, we hope you can all join us in congratulating Carrie on this incredible transformation and being our member of the month for August 2017, winning a free month in her membership because of it!

Carrie, there is no stopping you now girl, you are the reason why we love our jobs and do what we do and we honestly can’t thank you enough for reminding us of that. We are so unbelievably proud of you for your dedication and your achievements so far!

Let’s see what the next year brings, shall we?