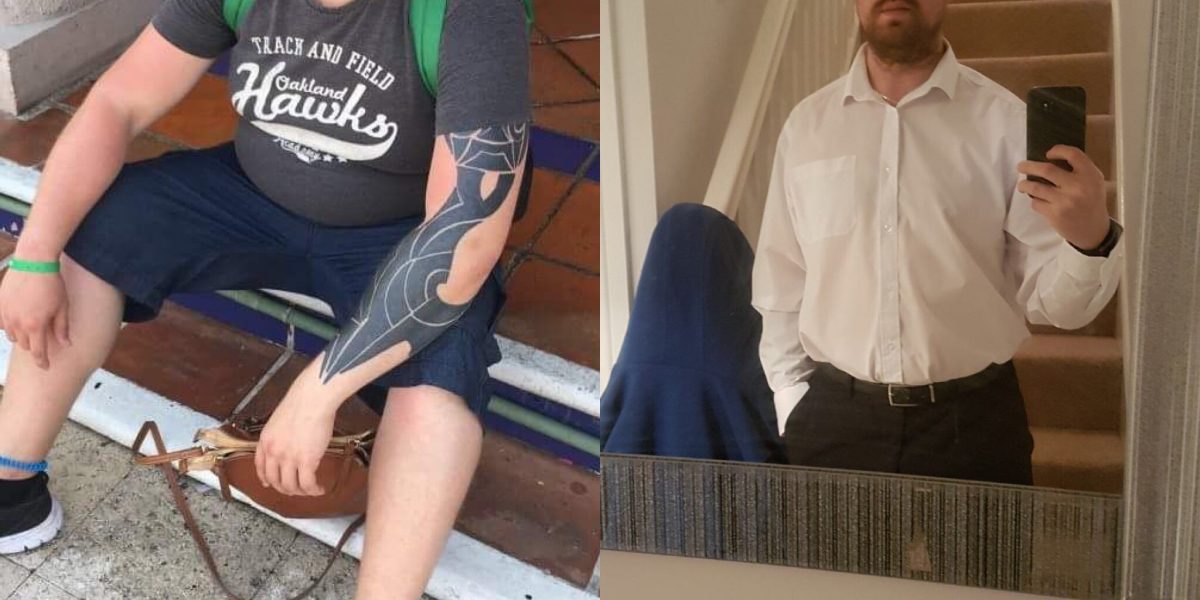 For the month of January we feel Dean more than deserves member of the month through his sheer determination, hard work and attitude to his training, plus the transformation he has gone through as you can see is simply inspiring!

Dean has been a member with us since October 2016 and to watch him transform over such a short amount of time has been an honor, and to see him put so much hard work and every ounce of energy he has into his P.T sessions with Tamsin just confirms why we do what we do!

Dean started personal training with Tamsin in May 2017 and he hasn’t looked back since, in June Dean started following Nutritional advice from Tamsin as well as continuing with running around 3 times a week and also doing weekly PT sessions by doing a combination of HIIT & Resistance training.

Dean’s goal was that he wanted to reach below 15 stone before his wedding which he smashed in October 2017 but Dean wasn’t done there. In November he signed up to complete the 10k wolf run in April 2018 and has been training hard for it ever since, he has continued with his weekly running and in his PT sessions with Tamsin they have been focusing on training to mimic the obstacles for his wolf run as well as strength training.

In January this year Dean completed a 4 week strength training programme Tamsin put together and over time has increased the weight for all of his lifts, seeing Dean was progressing at an awesome rate Tamsin re-set his goals in the new year and he has already smashed it by being able to do 3 pull ups by July this year!

Tamsin has told us to say that she loves working with Dean as he is always keen to learn and never gives less than 100% effort every session, Dean’s focus is so inspiring, and she knows that once he has his mind set on achieving something he will do it. Tamsin is excited to continue working with Dean and to see him carry on smashing his goals!

In that short amount of time we have seen Dean loose 2 stone, increased his muscle mass and has lost 10% of his body fat!

Dean your determination and mind set is seriously inspiring and we are so proud of you and what you have accomplished in such a short amount of time. Keep going buddy and we look forward to seeing you smash your wolf run this year and a big congratulations on winning a month free in your membership!